Boston is one of the most historical cities in the US.  A global city, Boston is placed among the top 30 most economically powerful cities in the world.  The Boston area's many colleges and universities make it an international center of higher education, including law, medicine, engineering, and business, and the city is considered to be a world leader in innovation and entrepreneurship, with nearly 2,000 biomedical startups and many renowned pharmaceutical companies, including Merck, Pfizer, Novartis, Amgen, AstraZeneca, Johnson & Johnson, Sanofi, Takeda, Biogen, and Eisai.

Brandeis University is a leading American private research university in the suburb of Boston.  Since 1985, it has been a member of the prestigious Association of American Universities (AAU). Its alumni and affiliates include numerous foreign heads of state, congres**en, governors, diplomats and recipients of Nobel Prize, Pulitzer Prize, Academy Award, Emmy Award, and MacArthur Fellowship.  In 2019, the NATURE Index has ranked Brandeis 5th globally in its annual survey of institutions with the highest output of top-quality research in the natural sciences.

Precise control of protein homeostasis is crucial for normal cell function, survival, and proliferation. Protein synthesis and degradation are two key regulators that help maintain the delicate balance.  Indeed, a large number of inherited and acquired diseases have been correlated to dysfunctional proteins that are disease-specific. Although occupancy-based, inhibitor design and discovery have been predominantly adapted in pharmaceutical industry, numerous disease-relevant proteins that are not enzymes have remained undruggable. Recently, applications of a cell’s own protein degradation machinery for selective removal of essential drivers of human disease-relevant proteins have opened up an exciting area in biomedical discovery. We are discovering new molecular probes that induce proteolysis of challenging yet important disease targets, which promises to overcome the limitations of the current pharmaceutical paradigm.

Numerous pharmaceuticals and **all-molecule probes contain at least one nitrogen atom and many of those nitrogen atoms are directly attached to stereogenic centers. Therefore, powerful synthetic methods that incorporate selective nitrogen atom transfer to readily available hydrocarbons and existing drug molecules are important tools for biomedical drug discovery.  This lecture is also about the discovery and development of a range of iron-catalyzed nitrogen atom transfer reactions with an emphasis on stereoselective olefin aminohydroxylation, aminofluorination, and diazidation–diamination reactions. Finally, mechanistic studies based on serendipitous observations will be discussed, which ultimately enable the gram-scale synthesis of Tamiflu® (oseltamivir phosphate).

Xu came to the Scripps Research Institute in 2001 as a graduate student after his undergraduate studies in Chemistry Department at Peking University.  He carried out PhD research with K. C. Nicolaou and joined Eric Jacobsen’s lab at Harvard University in 2006 as a Dreyfus Postdoctoral Fellow. Xu started his independent research as Assistant Professor at Georgia State University in 2010. Along with his students, he has discovered a range of iron-catalyzed selective atom transfer reactions for hydrocarbon functionalization.  These new catalytic reactions readily transform both commodity chemicals and complex molecules to highly functionalized molecules valuable to medicinal chemistry and pharmaceutical research.  Most recently, Xu is moving his research group to Brandeis University as a Professor of Chemistry. 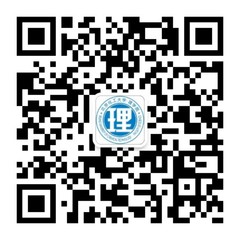